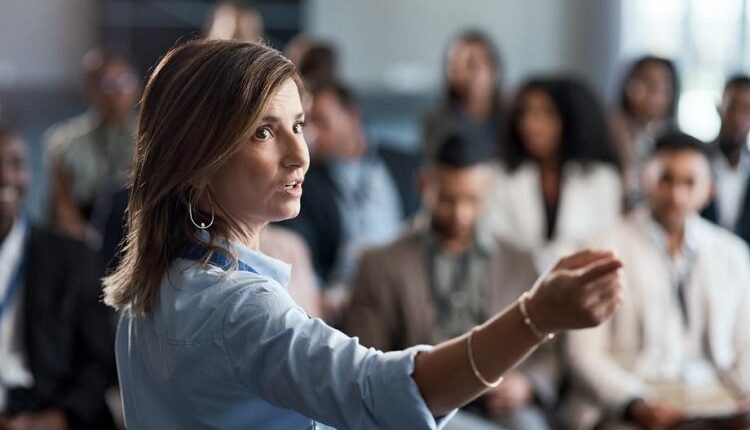 The ability of an individual to sway or influence another person or group’s decisions and behavior is critical to healthcare and wellness delivery. Take a life without alcohol, for instance. Everyone understands its long-term adverse effects, yet it takes a well-trained professional to promote safe alcohol withdrawal among those with a drinking problem.

The importance of this ability becomes more apparent for professionals in nursing leadership positions responsible for being the primary identifiable leader representing the healthcare organization in which they are employed. That said, there remain some inconsistencies in the roles of nursing leaders. We aim to clarify most of these inconsistencies with the Adams Influence Model (AIM).

What is the Adams Influence Model?

A nurse executive’s competency in influencing others is vital to achieving positive patient and organizational outcomes. The importance of nurse leaders’ influence on the work environment they manage has been widely publicized. As such, the AIM serves as a framework for understanding the factors, attributes and processes of influence.

The AIM framework bases its foundation on the organizational aspect of nursing, providing nurse leaders with steps for creating strategies effective in influencing individuals and groups. Nurses across the healthcare industry recognize the vital role that influence plays in effecting change. However, many are less familiar with how this influence can be acquired, developed and utilized. As a result of the gap between understanding and using, most nurses consider themselves less knowledgeable and influential compared to other healthcare executives, according to a survey by the Institute of Nursing Healthcare Leadership.

How the Adams Influence Model works

The AIM framework’s development was precipitated by observations of the varying levels of success that nurse leaders achieved while seeking to influence decisions within their organizations. It was then created following a comprehensive review of the psychological and organizational aspects of nursing.

The model represents influence as the ability to affect another person or group about a single issue based on certain elements. The AIM identifies these elements as authority, status, knowledge-based competency, communication characteristics, and timing. All of these elements recognized in the definition of influence are reflected sufficiently in the AIM framework.

When trying to achieve influence, the nurse leader attempts one or more strategies, such as seeking approval and support, offering rewards, making an emotional appeal, employing logical coercion, or directly collaborating with the target. The strategy depends on a nurse’s perception of the target, the issue, and the target’s feedback. However, logical coercion and coalition building are the most effective strategies for professionals in a nurse leadership position, especially among female leaders.

Part of the AIM framework also recognizes factors that potentially affect a nurse executive’s efforts to influence others. These factors include authority, status, knowledge-based competency, communication characteristics, and timing. According to the AIM framework, every factor has specific attributes that border them and describe how they manifest in practice.

Conceptually, the AIM framework features three boundaries that indicate how influence is affected by personal, interpersonal, and organizational or social systems. A nurse’s attempt to influence a person might be strengthened by their persistence, which is an element of the personal system. Personal history – an element of the interpersonal system – or organizational culture can also be vital in the influence process.

These three systems are independent. However, there is a fluid interrelationship between all three systems and other components of the AIM. This is because nurses must consider every factor and system that relates to them and the person they are attempting to influence. In doing so, selecting the best and most effective strategy becomes more effortless.

Needless to say, success is not always guaranteed. In these cases, nurse leaders can start the influence process again from understanding feedback to creating a new perception and potentially employing new tactics.

Benefits of the Adams Influence Model

For nurse executives and professionals aspiring to land nurse leadership positions, the benefits of the AIM framework cannot be overemphasized. The ability to influence people is critical for every executive and should be developed alongside other industrial competencies.

As such, if you enroll in one of the online DNP leadership programs at an accredited institution such as Baylor University Online, you will likely learn about the intricacies of the AIM and develop competency in influencing others. That said, here are some benefits that you stand to gain by understanding and employing the AIM framework.

As the name implies, the primary responsibility assigned to nursing leadership roles is serving as a nursing team leader. Nurse executives must exhibit effective communication, organization and collaboration.

Understanding how to influence people would help bring every team member together to achieve the organization’s joint mission and value. The AIM framework makes it easier to manage a team and address conflicts.

Nursing leadership roles have developed from standard healthcare to more complex management and administrative duties. Some of these responsibilities include managing the budget and financial matters, serving as an advocate between different stakeholders, and establishing policies and procedures.

A comprehensive understanding of all the factors and systems of the AIM framework presents a nurse leader with the tools and strategies to interact with everyone appropriately and engage in what is best for the organization regarding finances, policies and vision.

In summary, influence is vital in effectively carrying out leadership responsibilities. While its significance is highly regarded, it is rarely explored in nursing. That said, AIM offers a valuable tool for nurse leaders to evaluate and appreciate influencing, thereby assisting them in achieving the desired outcome across various aspects of the field.

Can You Treat Chronic Pain With CBD Gummies In The UK?

Tips for a Successful Recovery After a Concussion